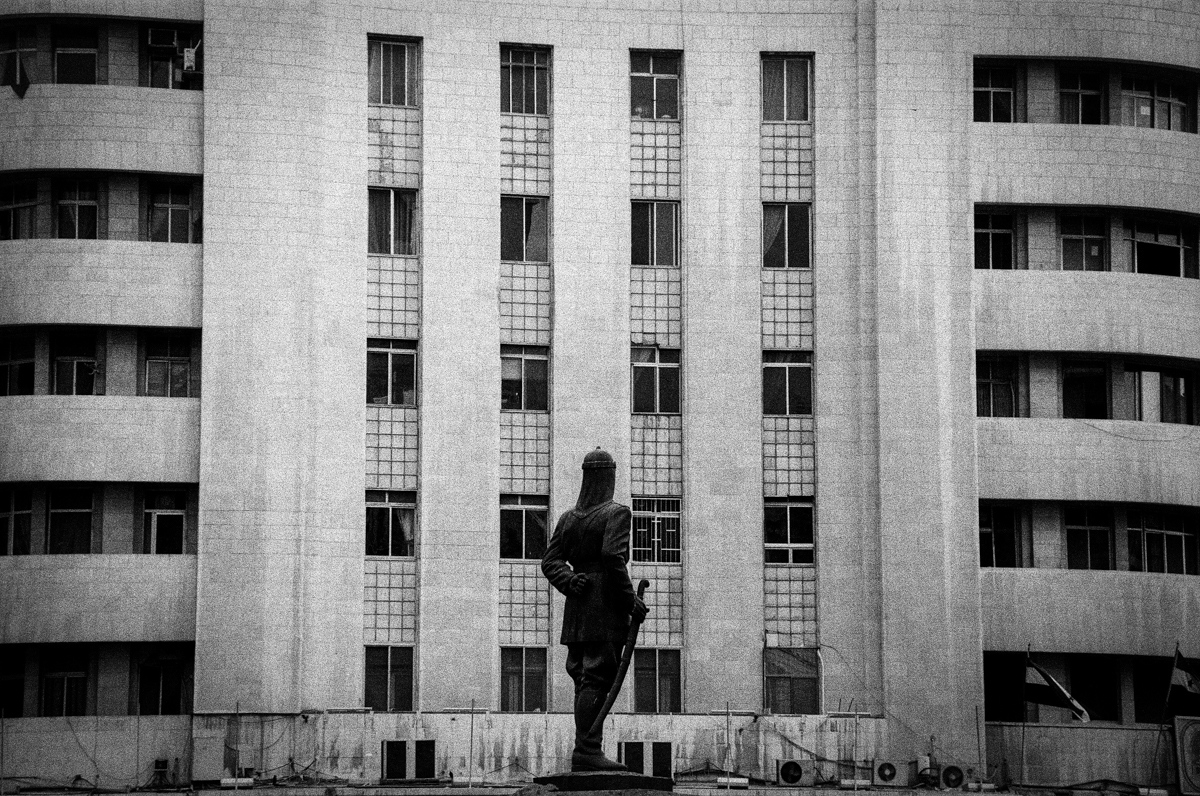 Youssef al Azmeh is one of modern Syria’s “founding fathers”, he represents the will to die than to suffer humilation. The statue was reinstalled in 2007 to face the Damascus governance building. This new version replaced a soviet style monument of “the farmer” carrying a torch.  The return of Al Azmeh to the very central square partly represents the return of Damascene bourgeois families and aristocracy and the abandonment of socialist symbolism.  The refurbishing of the square was made possible by oligarch Rami Makhlouf’s and so were the policies being performed inside the blunt building. Syria’s national identity was being questioned, and the ruling class was attempting to find answers. 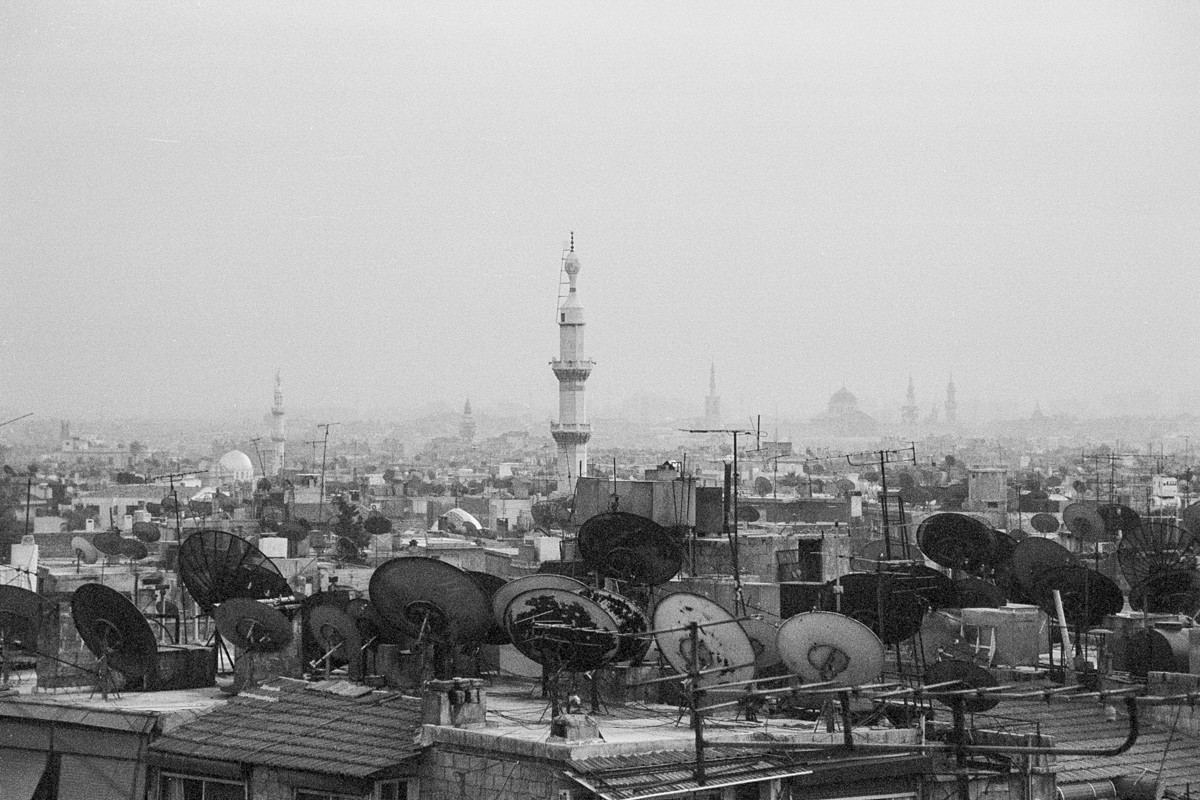 Satellite TV was the first crack in a big iron wall around Syria. As for the late nineties, a Syrian home only had access to two TV channels, both run by the state,  with few exceptions in border towns. But when Satellite TV was introduced, Syria’s majority had access to multiple news sources and entertainment channels. As minimal as it seems compared to the internet, it was a huge breakthrough for Syrians 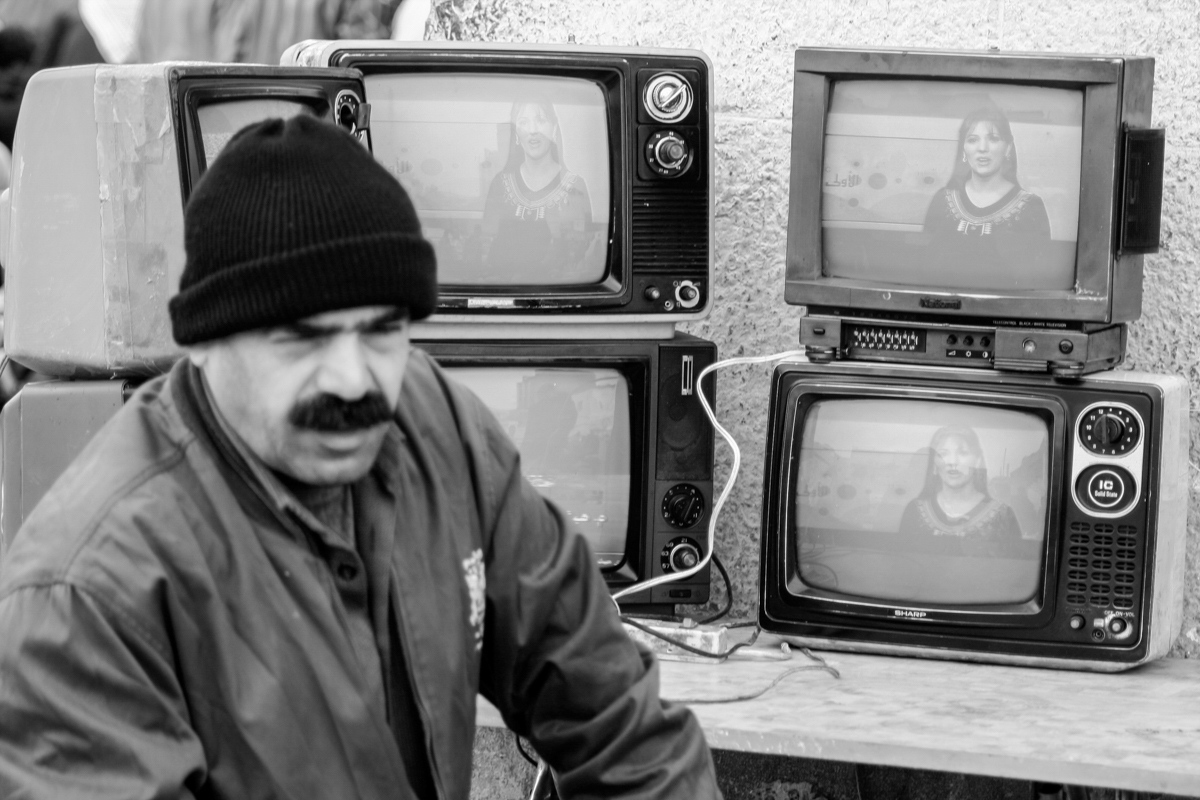 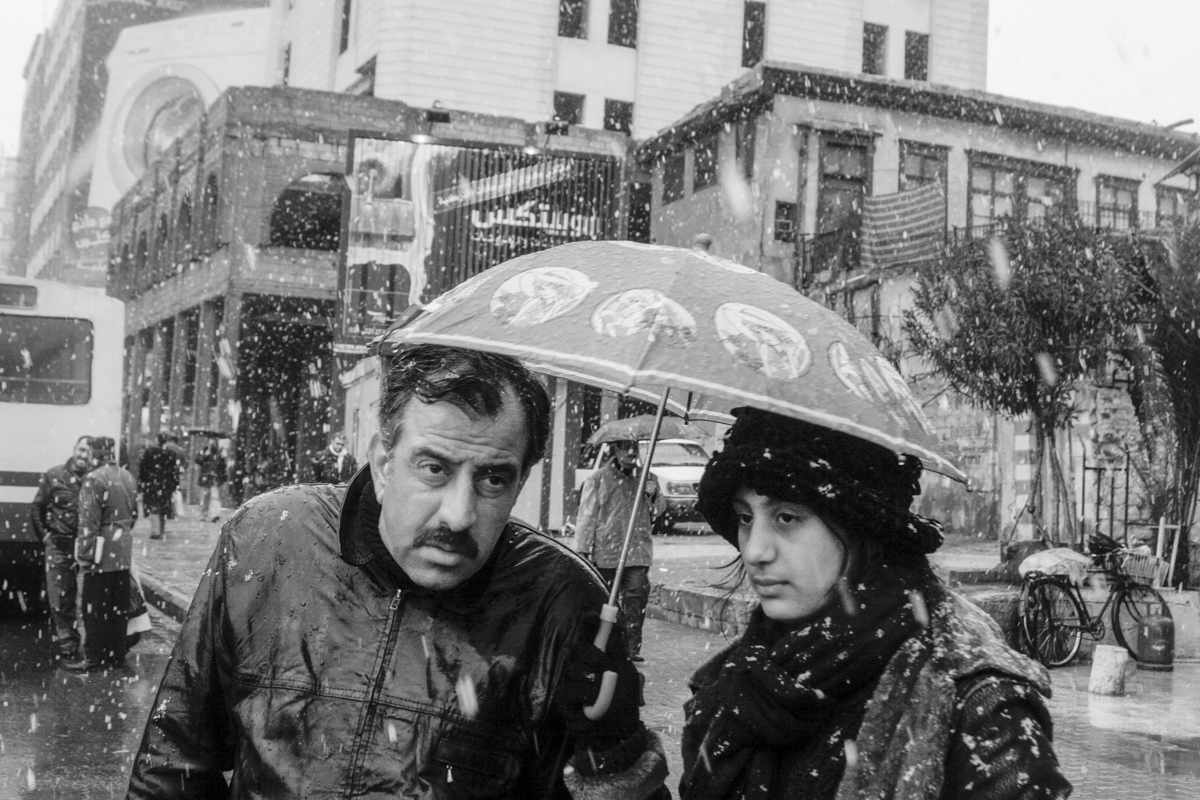 Father and daughter, Damascus 2010
In the era of modernization, the Syrian economy and communications witnessed drastic changes. A traditionally small-business-based Syrian market was opened up for competition from foreign goods and producers. Syrian small businesses could not compete and started to collapse. This shift happened in congruence with vast privatization of public services and abandonment of many governmental responsibilities. The toll was hard and Syria’s economy lost its spine; the middle class. Simultaneously, the communication revolution made its way to the country. Syrians had cellphone and internet access for the first time.
The gates of the invincible castle were wide open before the age of open-source information. Syrians could perceive themselves in a larger worldly context. As if we just discovered a harsh mirror then realized the contradictions, paradoxes and contrasts we live in. The misery of the individual was contrasted by the powerful visual of modernization. 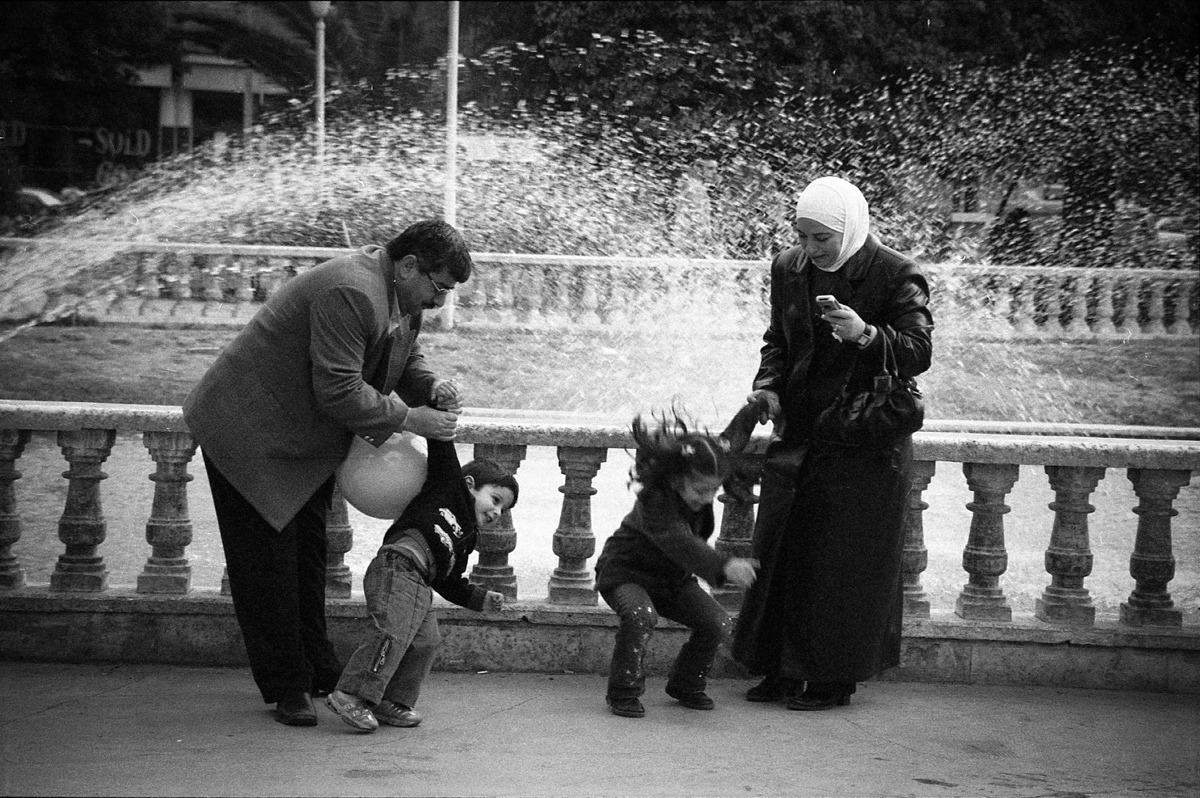 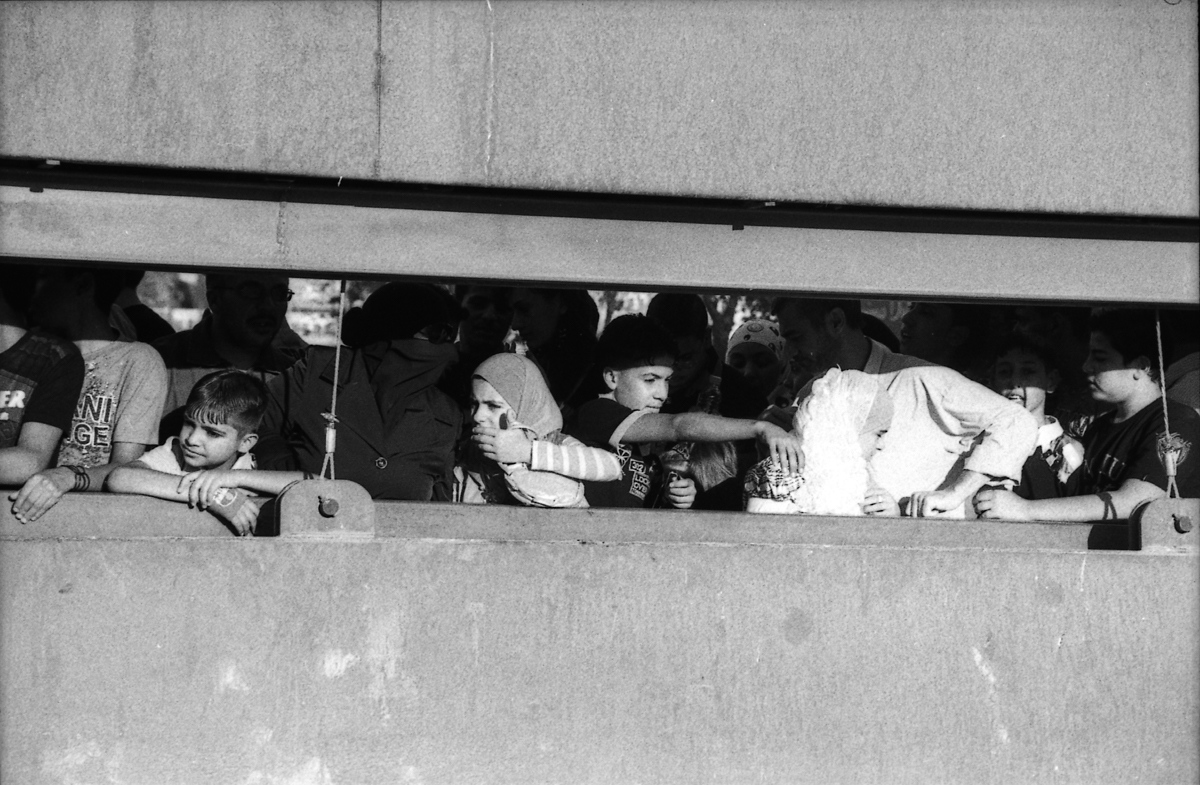 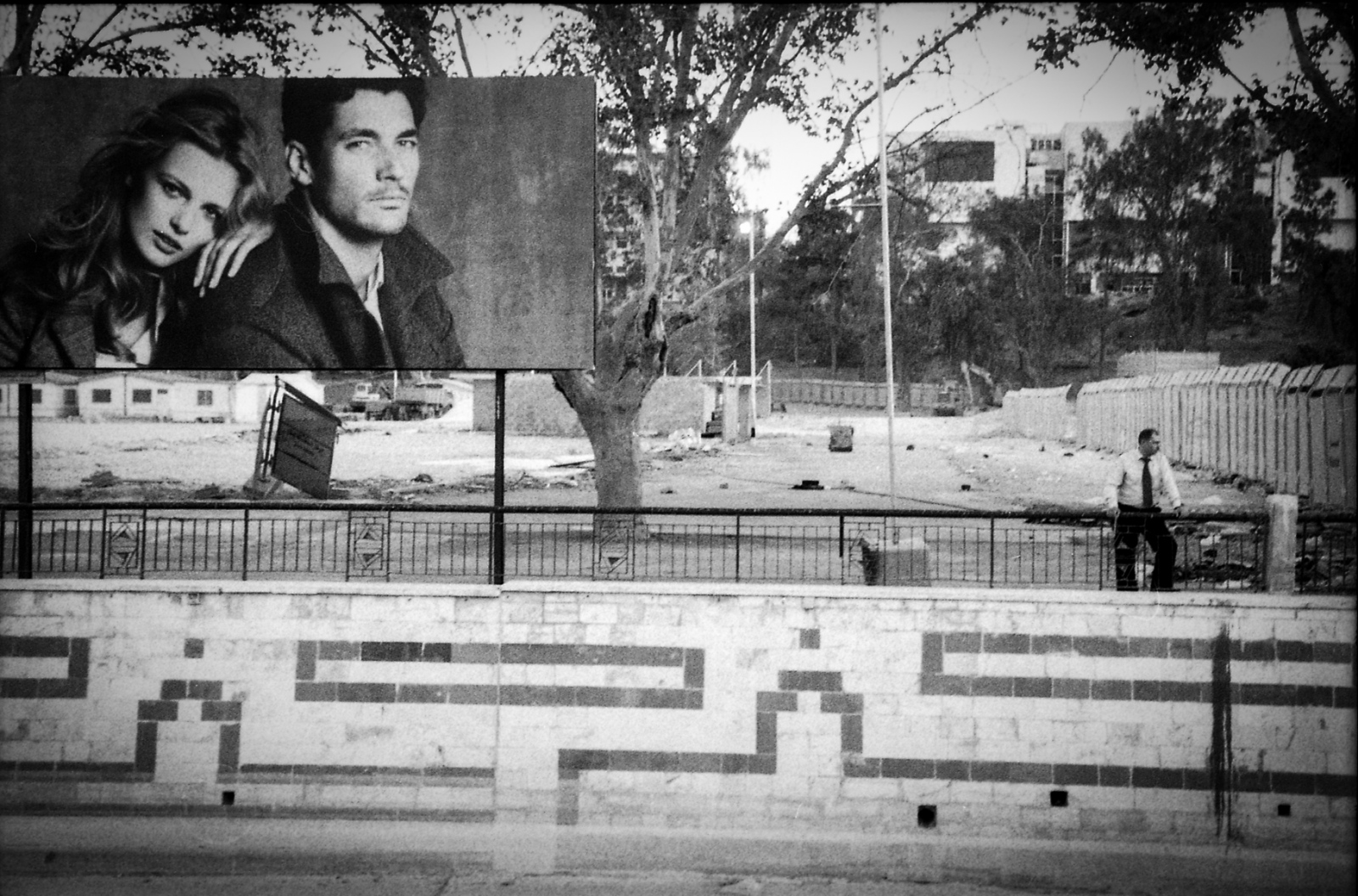 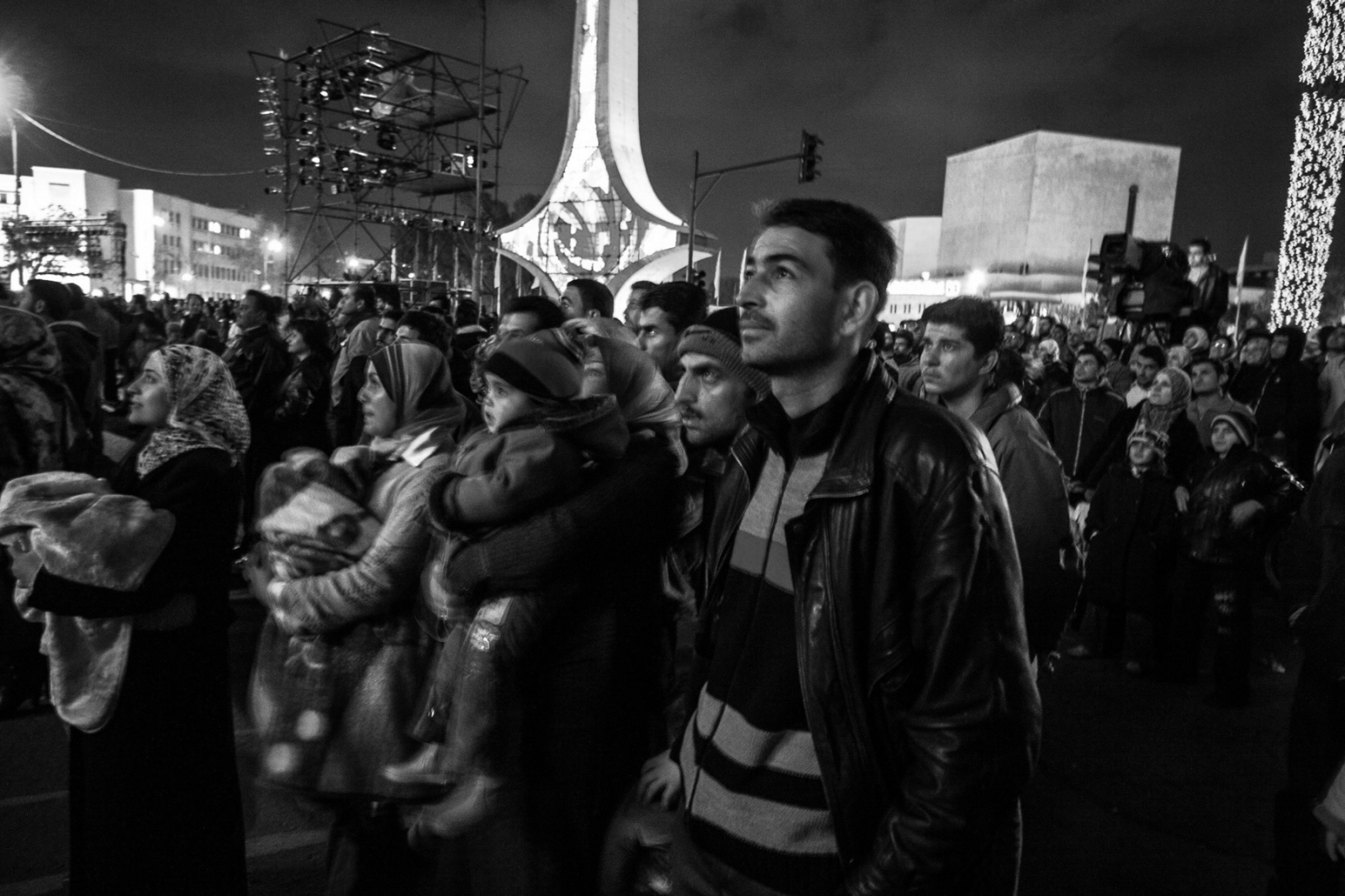 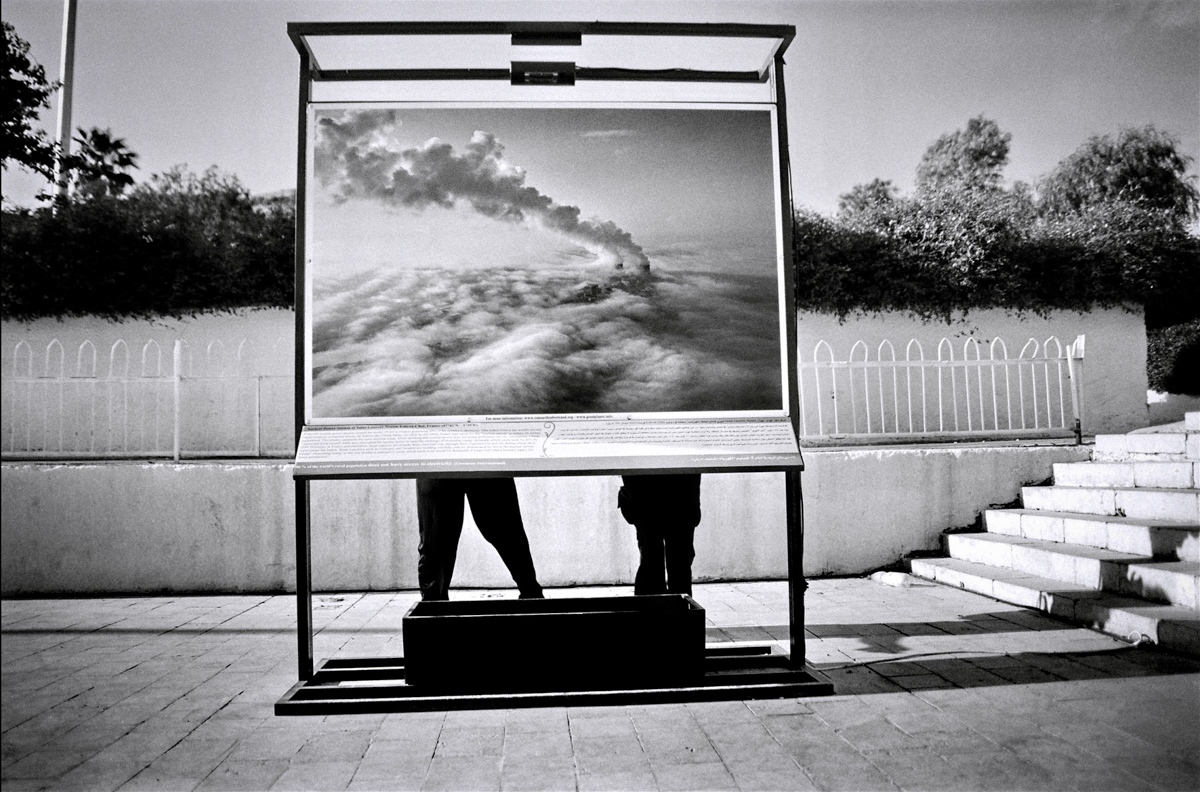 From the show "earth from abov", one of many cultural events sponsored by the first lady of Syria. Damascus 2009.

Alaa Hassan is a photographer from Syria based in NY, political and social documentary photography