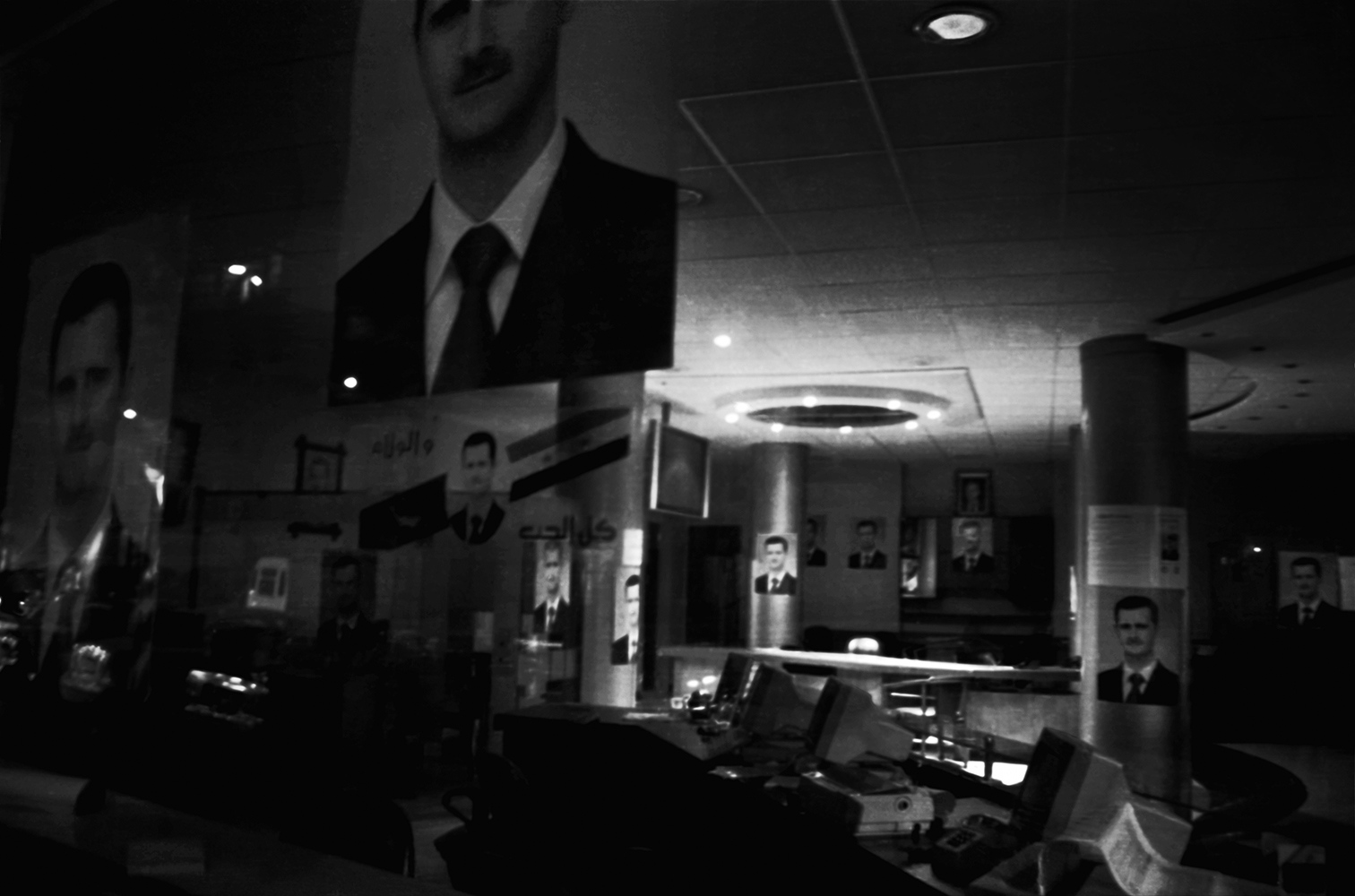 The front of a bank office, in the center of Damascus, 2007 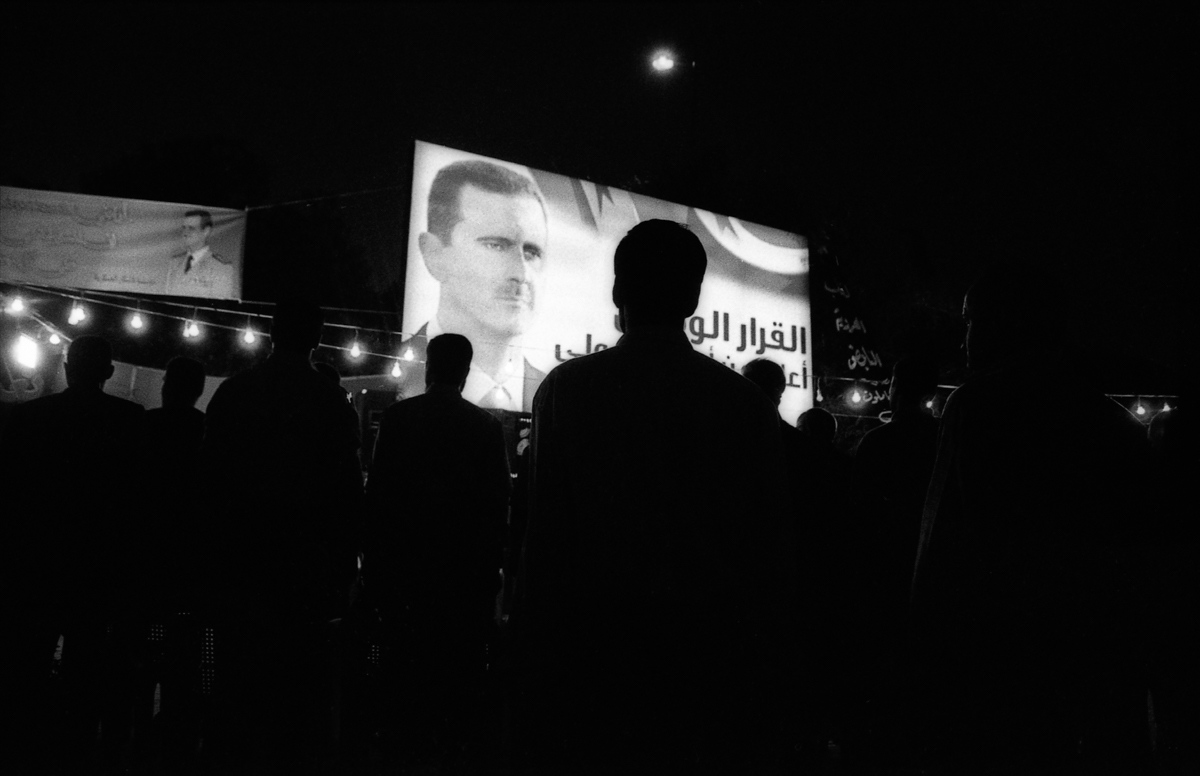 Signs originally reads: "national decision is higher than and internation decision". But with the person's head is reads: "The decision is his". Referendum campaign, Damascus, 2007. 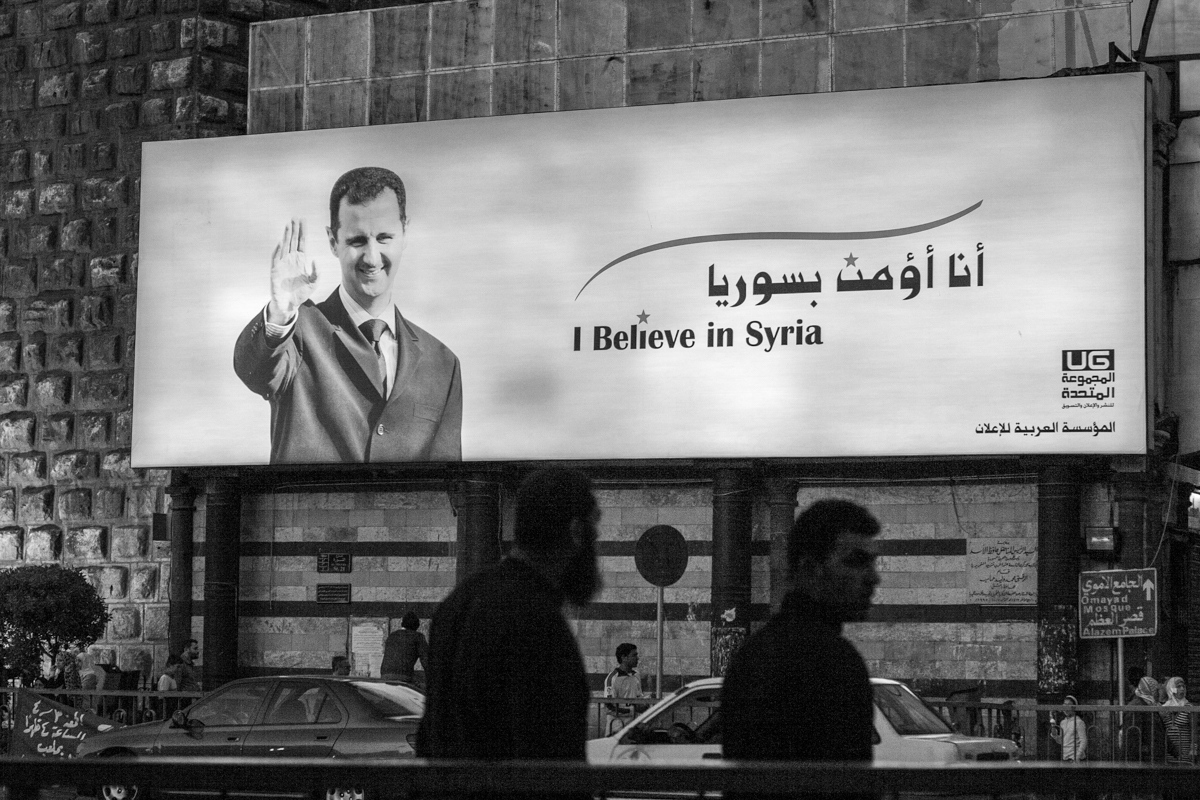 This massive billboards occupies a large portion of a historic wall. Damascus 2007. 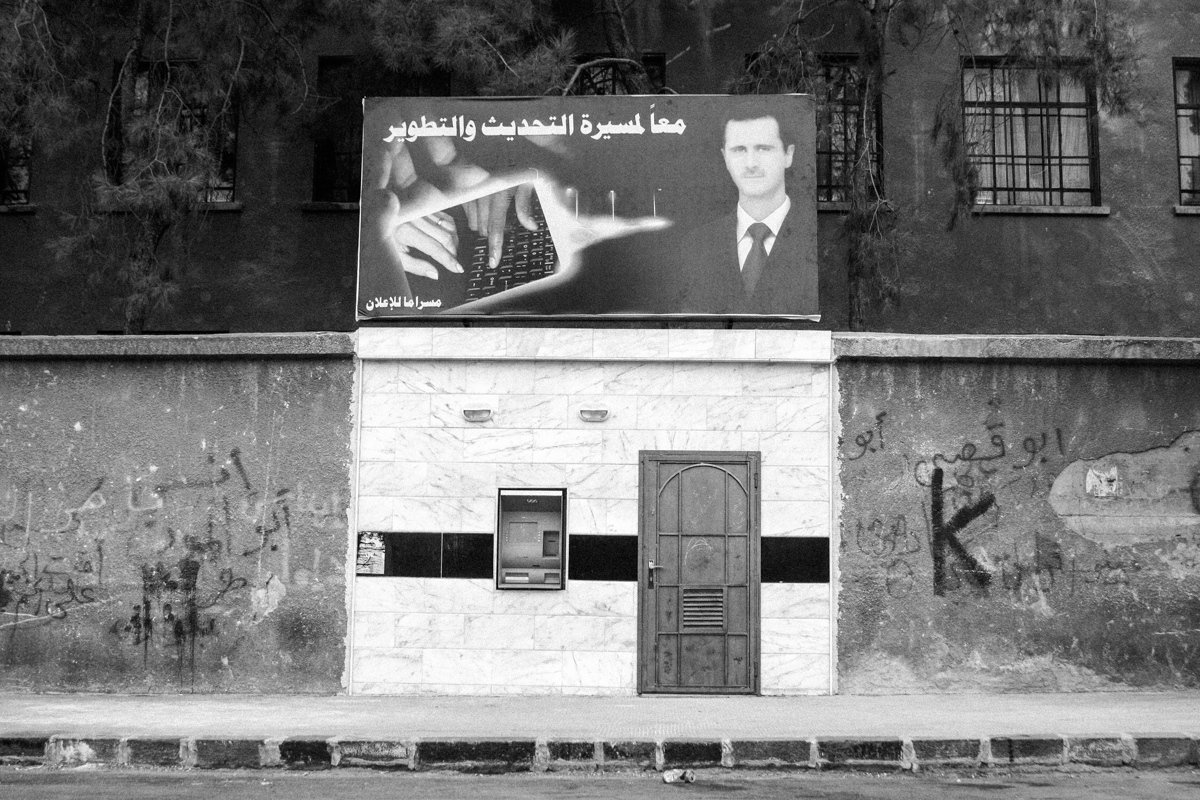 Sign reads: "together for modernization and development". Damascus, 2008.
After the death of Hafez Al Assad, who ruled Syria between 1970 and 2000. His son,
young Bashar Al-Assad, succeeded to power at 34 years of age. He presented himself
as a modern, modest and progressive leader. Thus he was expected to bring change to a
totalitarian socialist system.
The change started at the surface. Billboards in Damascus read:“modernization and development”.
Indeed, the first year of the millennium was marked by the infamous “Damascus
spring” movement. Political and economic issues were being discussed publicly in forums
around the city. However, the spring was short. The political authority soon restrained the
freedom of expression again by arrests and closing the forums under the pretext that political
reform comes after economic and administrative reform.
By the end of president Assad’s first term, in 2007, most opposition figures had been imprisoned,
exiled or politically paralyzed. The new slogan in Damascus was “we love you”
accompanied with the portrait of the president.
As the image of an individual overran public spaces, the grip of the authorities tightened.
As if the soul of Hafez Al Assad had returned and was embodied in a contemporary visual
element, produced by the government, then embraced and regenerated by the people. 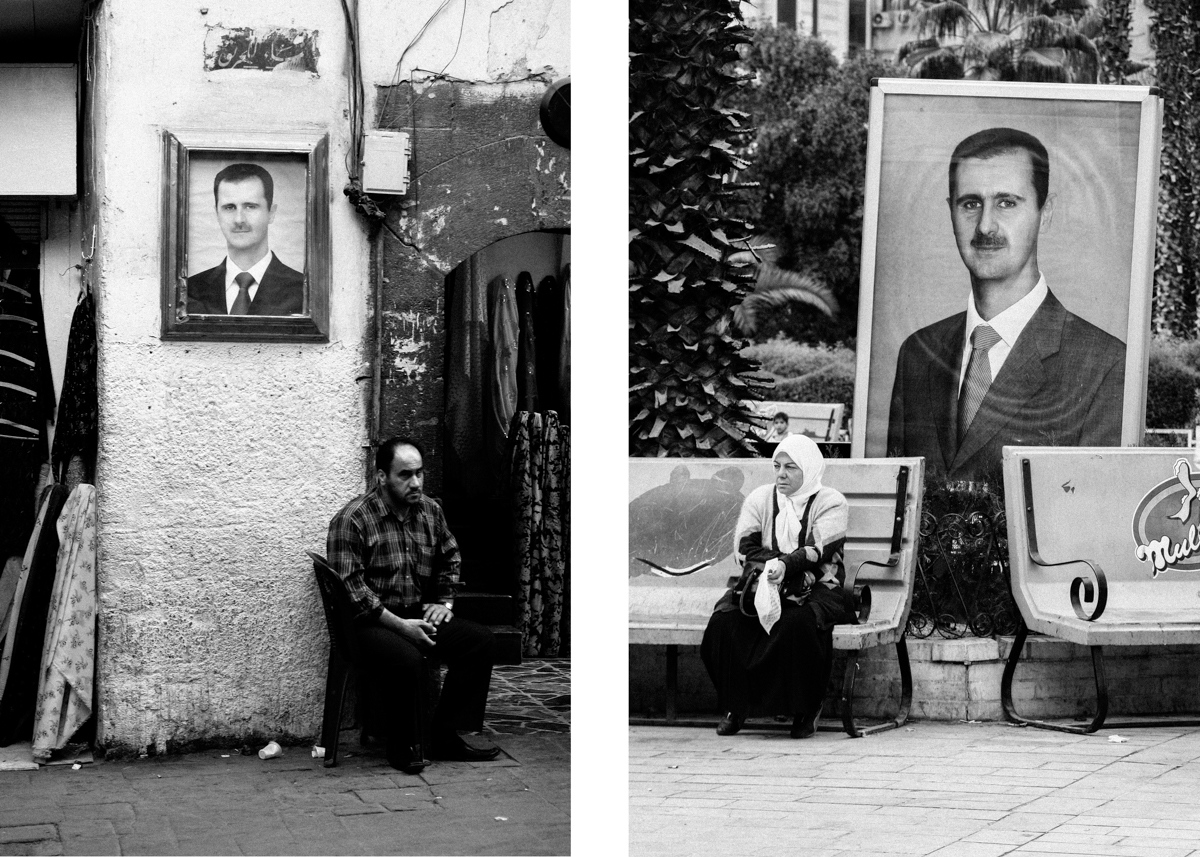 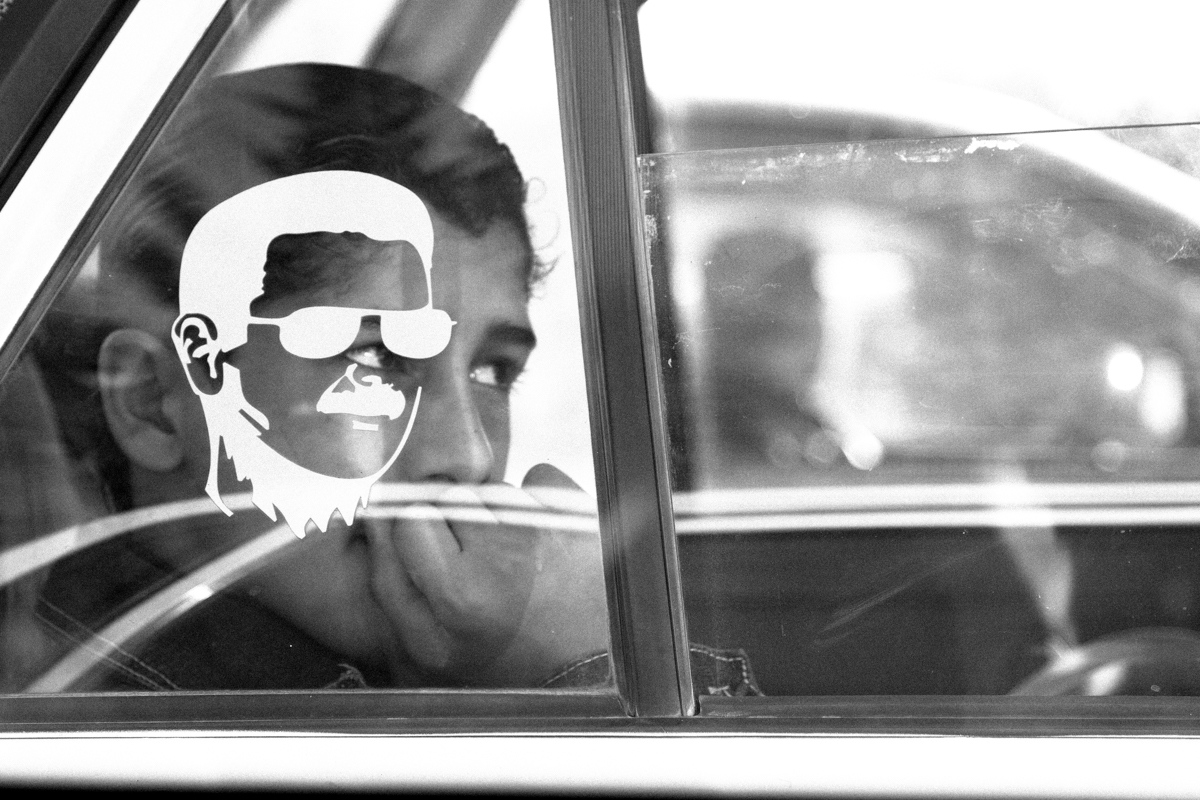 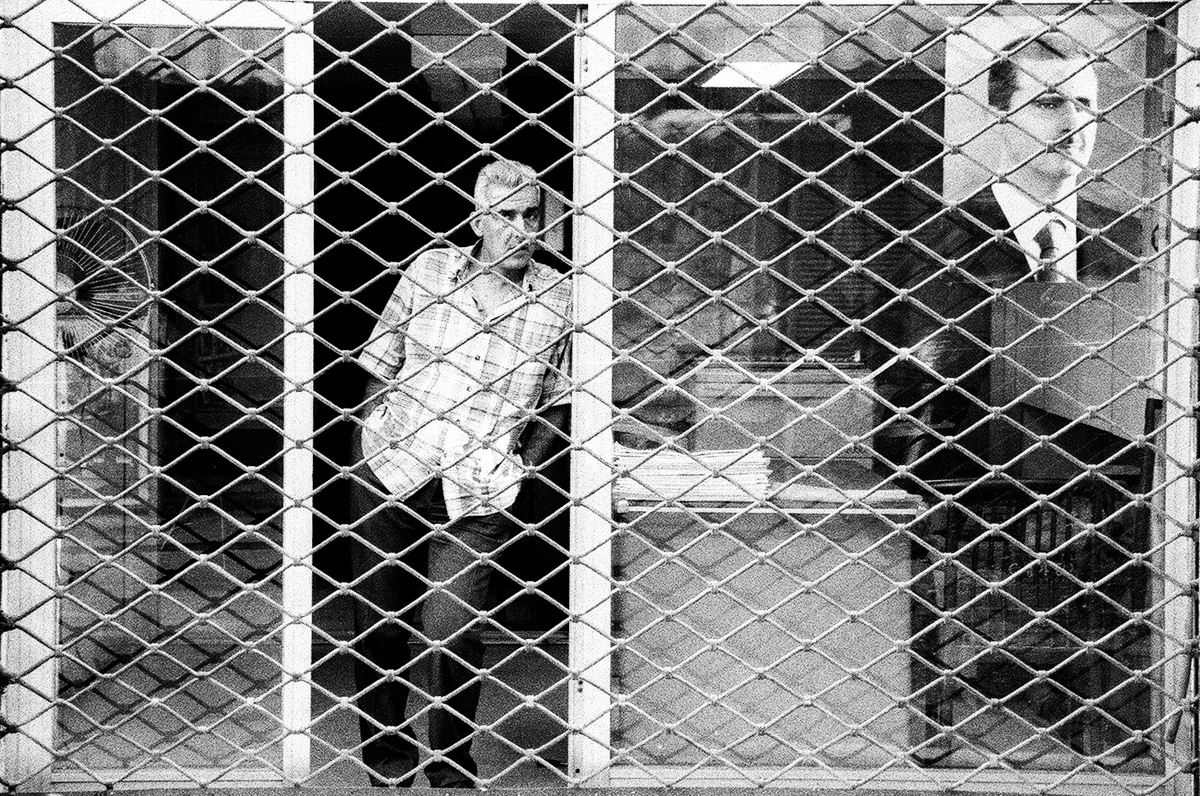 Closed to participate in a pro regime march, just outside of his store were many people chanting for the president. Damascus, 2007. 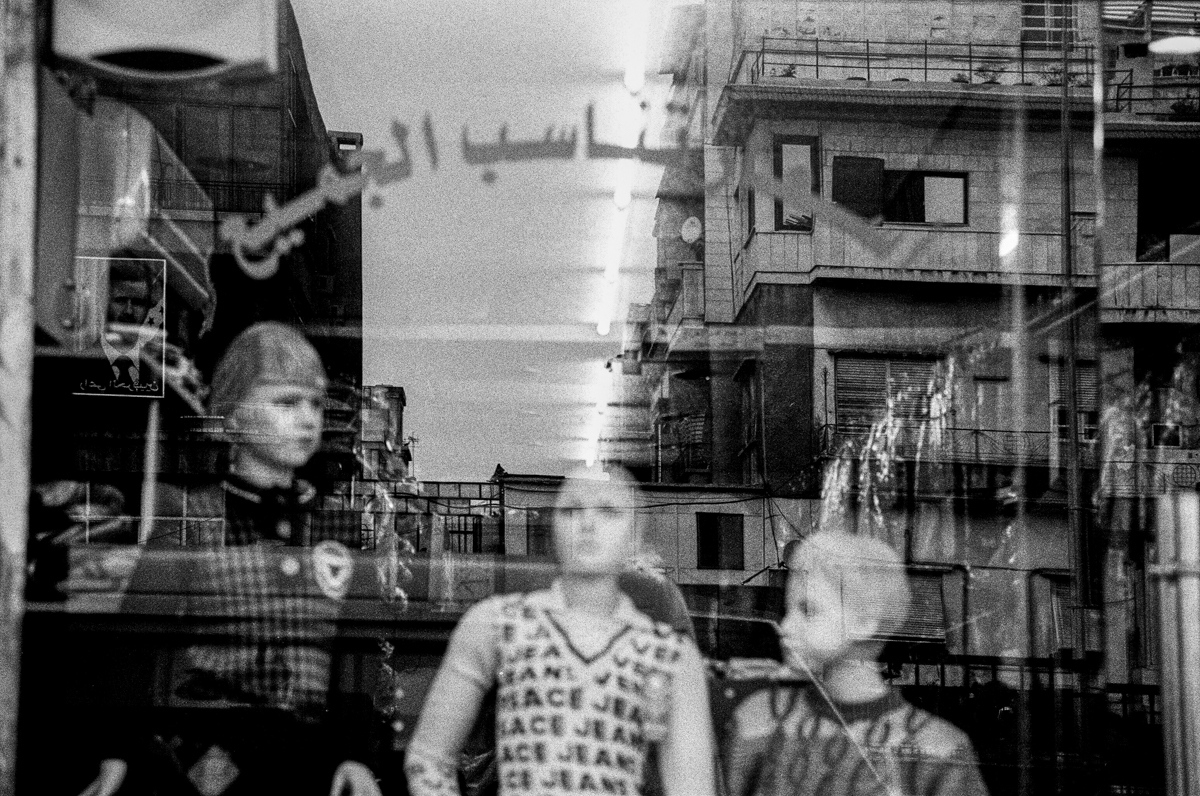 He is somewhere here, he is everywhere. Damascus 2010. 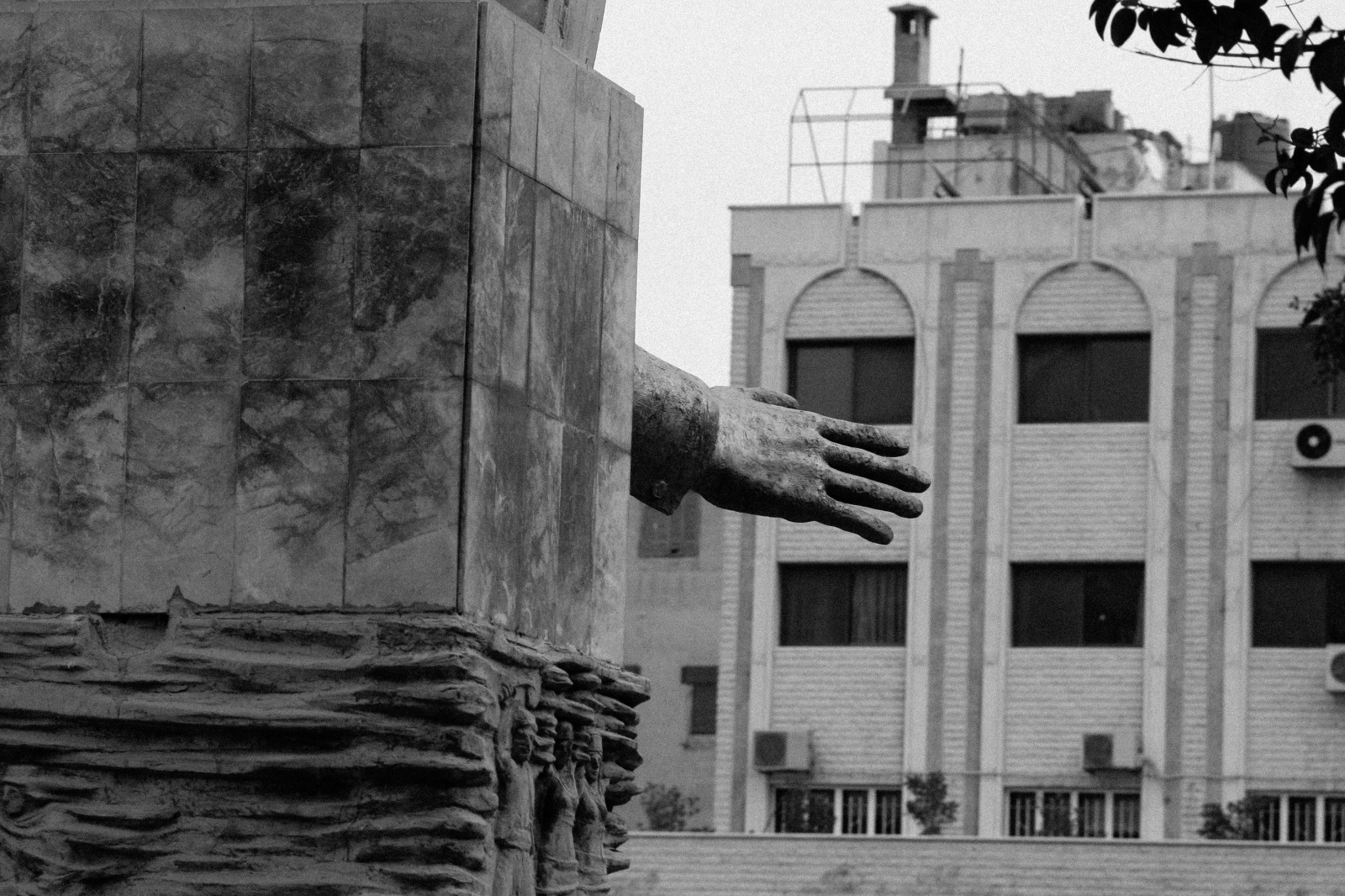 The hand of the father Assad, his spirit still roams the city. Damasucs 2007.
Assad's propaganda campaigns 2007-2011